A Gathering: Face to Face with the Crew of Chinese Folk Dance Drama Princess Zhaojun Performed at William Paterson University 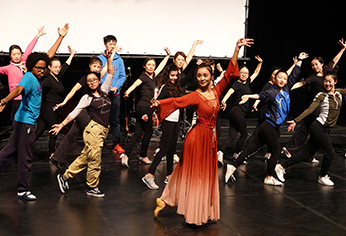 On March 19, A Gathering: Face to Face with the Performance Troupe of Chinese Folk Dancing Drama Princess Zhaojun was held at the Shea Center for the Performing Arts in the William Paterson University. Dr. Richard J. Helldobler, President of William Paterson University, Mr. Jin Qian, Deputy Consul General of Consulate General of the People’s Republic of China in New York, Ms. Chunmei Chen, Chair of the Board of Supervisors of Entertainment Group Ltd. (CAEG) , China, Mr. Ning Xu, Vice President of China National Opera and the Dance Drama Theatre, Mr. Xiuqin Wang, General Manager of China Performing Arts Agency (CPAA), Ms. Yi Yang, Director of the Dance Troupe, China National Opera and the Dance Drama Theatre and other guests attended this event. Over 300 university faculty and students as well as art lovers from New Jersey, New York, Philadelphia and other areas participated in the activities.

The event was co-hosted by Prof. Daryl Moore, Dean of the College of Arts and Communication, and Prof. Zhiyuan Cong, Director of the Center for Chinese Art at William Paterson University. President Helldobler gave remarks at the opening. He welcomed all the distinguished guests to William Paterson University and the performers from China National Opera and the Dance Drama Theatre to give lectures. He mentioned that both the performance Princess Zhaojun in New York and the demonstration of Chinese folk dances at the university are of great significance to the faculty, students and the Center for Chinese Art. We sincerely thank the artists coming from afar!

On behalf of Mr. Ping Huang, Consul General of Chinese Consulate General in New York, Mr. Jin Qian expressed his appreciation to William Paterson University for its efforts in promoting community diversity. He introduced that Princess Zhaojun has been regarded as a heroine of wisdom and national righteousness and praised as a messenger of peace and friendship among the Chinese people. Today, nearly 2000 years later, peace and development are still the common pursuit of people of all countries. The development of China-US relations in the past 40 years has benefited from the efforts of countless people who share Zhaojun's views on exchanges and cooperation. He praised Prof. Zhiyuan Cong for his efforts to promote cultural exchanges between the two countries, calling him a "true cultural ambassador."

Yin Zhu, Deputy Director of the Dance troupe of China National Opera and the Dance Theater, who played the role of Huhaanyeke in the dance drama Princess Zhaojun, gave the lecture. He not only introduced the history and evolution of Chinese dance, the characteristics and differences between Chinese and western classical dance, but also introduced the origin and development of Chinese folk dance, as well as its regional characteristics and cultural connotation. He showed pictures, videos, and demonstrated with his dance partners. Ms. Shuanfang Dou and Jiaxin Wang, who play roles of Princess Zhaojun and Mr. Bin Liu as Huhaanyeke in the dance drama, respectively demonstrated Chinese classical, folk solo and a piece of Princess Zhaojun Pas DE deux, interpreting the Chinese classical dance in a dancing language of implicative characteristics, rhythm and oriental beauty. The simple explanation and fascinating dancing won the audience's warm and prolonged applause.

The interaction with the audience attracted many American students and local dance lovers to come on stage and learn the basic movements of classical dance face to face with Chinese actors to experience the "shape, spirit, strength and rhythm" of Chinese dance. Afterwards, the jazz group of William Paterson university, which enjoys a high reputation in the United States, performed original jazz music. They also invited the performers of Zhaojun and local dance lovers to perform impromptu dance on the stage, pushed the atmosphere of the scene to a new climax. In a warm atmosphere, President Helldobler, Deputy Consul General Mr. Jin Qian and Mr. Ning Xu raffled 20 tickets to the audience for the premiere of Princess Zhaojun at Lincoln Center in New York.

Audience were moved and sighed with emotion when the event was over. A lady from New Jersey said Chinese dance is so rich, charming and fascinating. She saw an American audience move to tears several times, deeply impressed and convinced by Chinese art. Mr. Xue saw the event news and drove from Philadelphia with his wife and daughter, his daughter happily had an interaction on stage with the dancers and he thought it fruitful, too worthy! A faculty of WPUNJ said the performances represented the top art of the Chinese dance and the lecture made us know the rich connotation in Chinese folk dance, congratulations on the success of the event and many thanks to CCART!

Prof. Zhiyuan Cong said it is very honored for CCART to host this event, we especially show our gratitude to Ms. Chunmei Chen, who recommended the Chinese Culture Talk to us, and to the support of Chinese Consulate General in New York, as well as William Paterson University! This year marks the 40th anniversary of the establishment of diplomatic relations between China and the United States, and the 10th anniversary of CCART. It is a great opportunity to do the dance art exchange in the professional field and mainstream society of the United States. We will continue our efforts in launching a series of high-level cultural and artistic exchanges between China and the United States. There will be more wonderful events and surprises waiting for the audience!

For more information about this event, please call the Center for Chinese at William Paterson University at 973-720-2799 or email ccart@wpunj.edu. 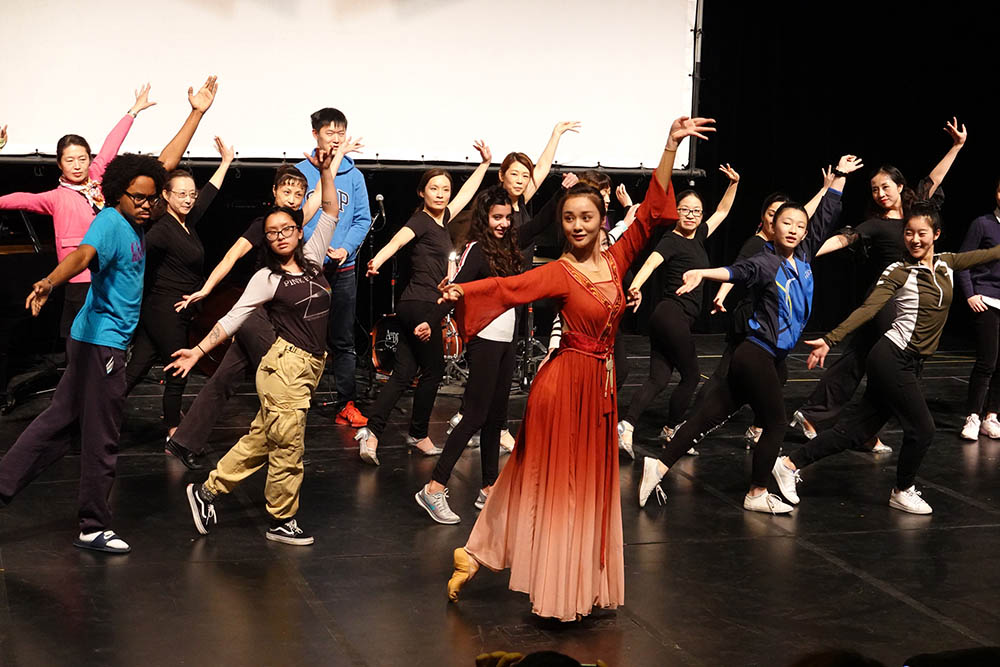 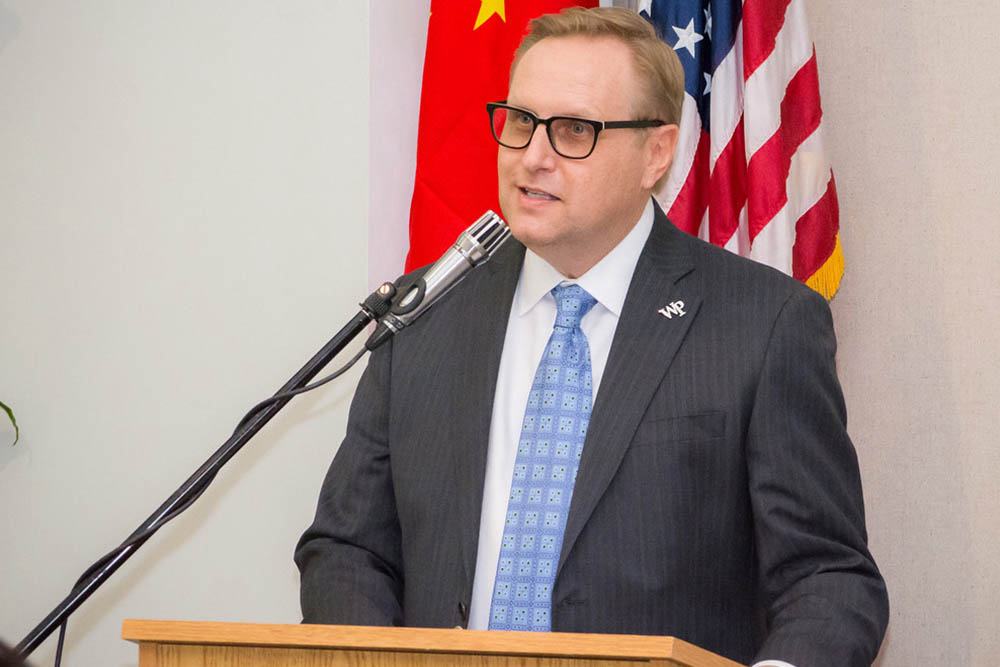 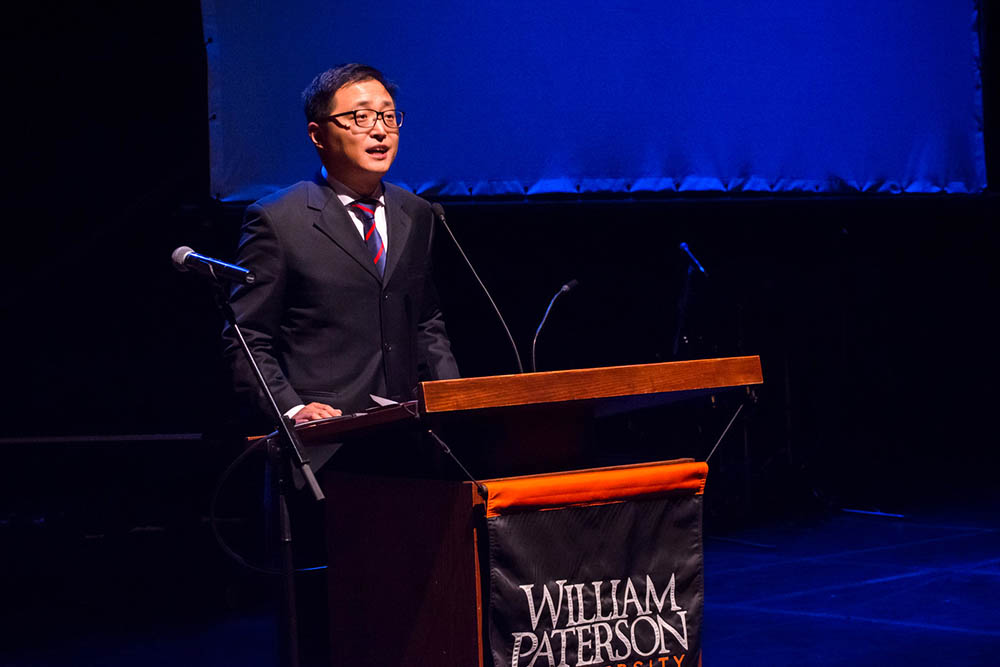 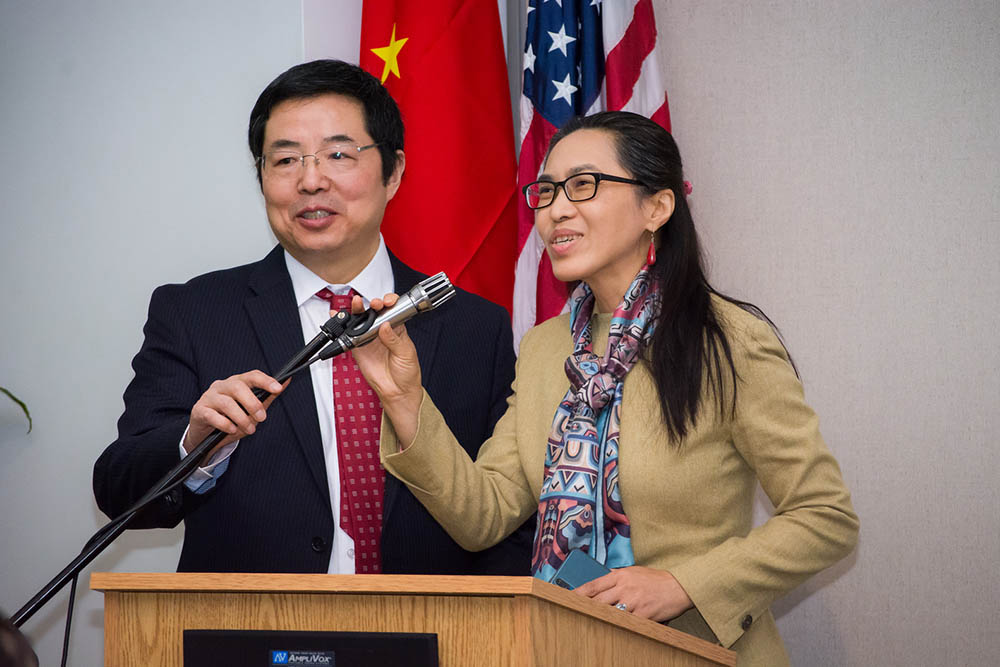 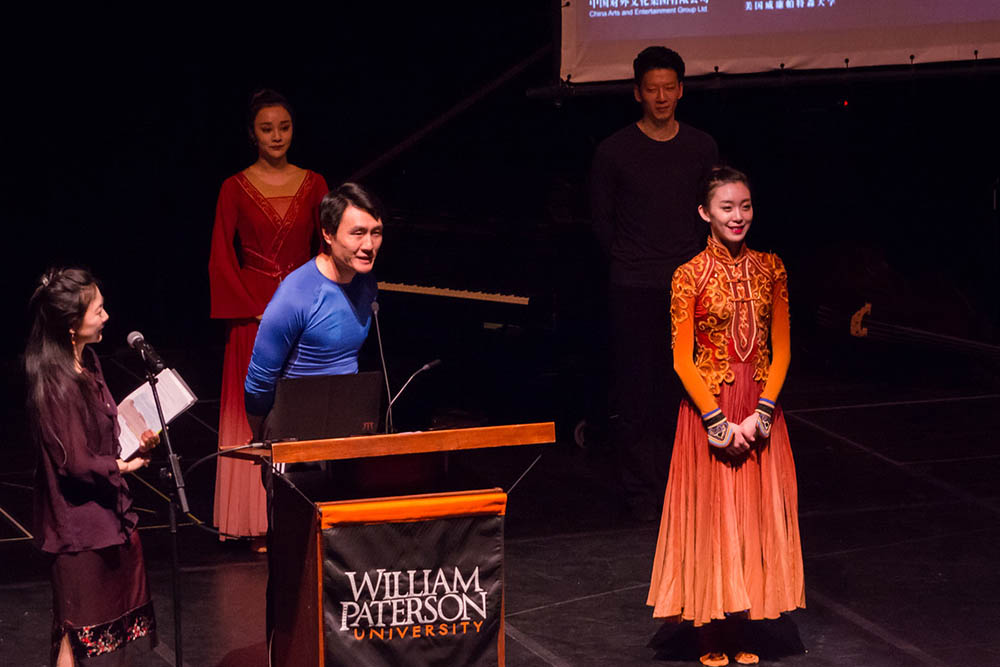 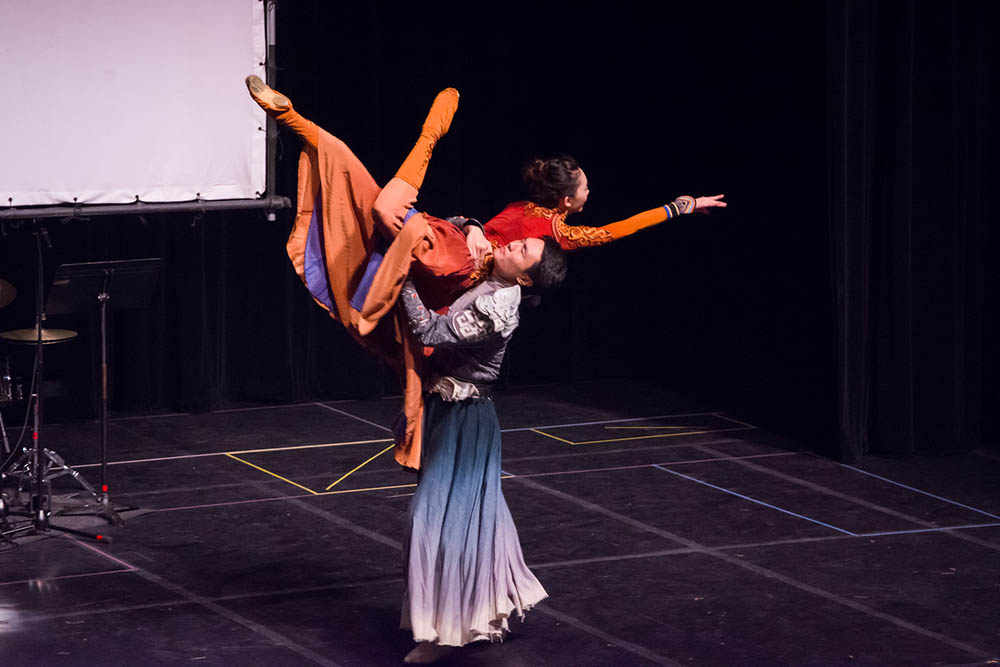 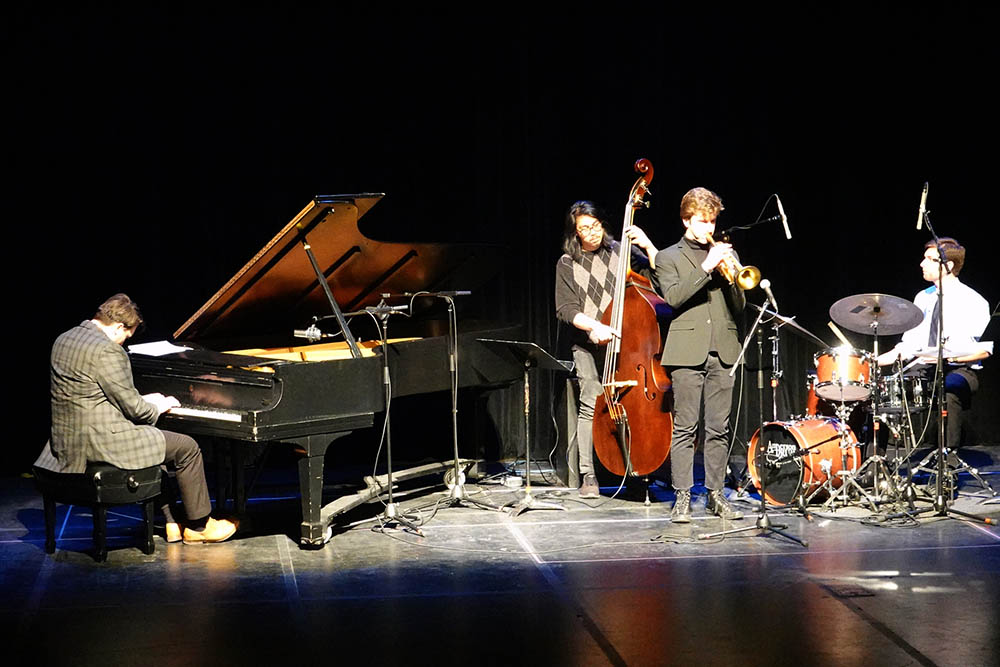 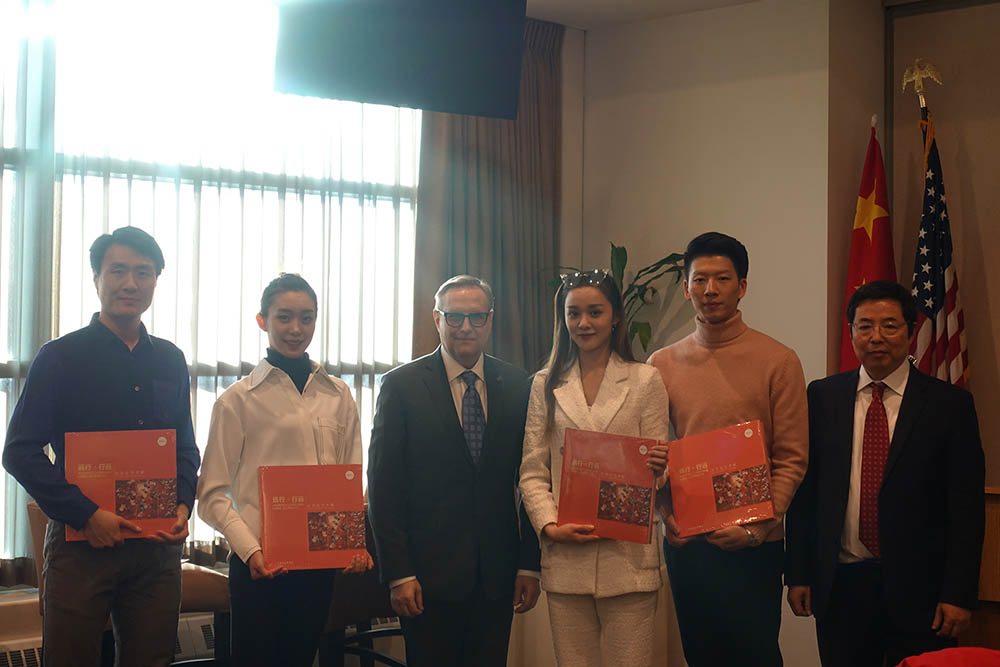 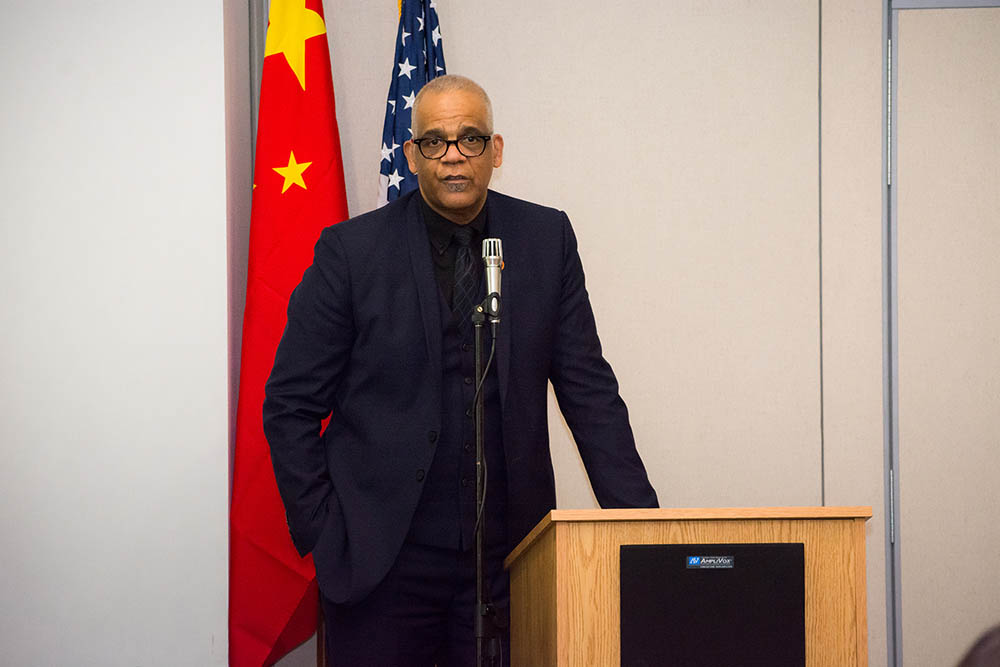 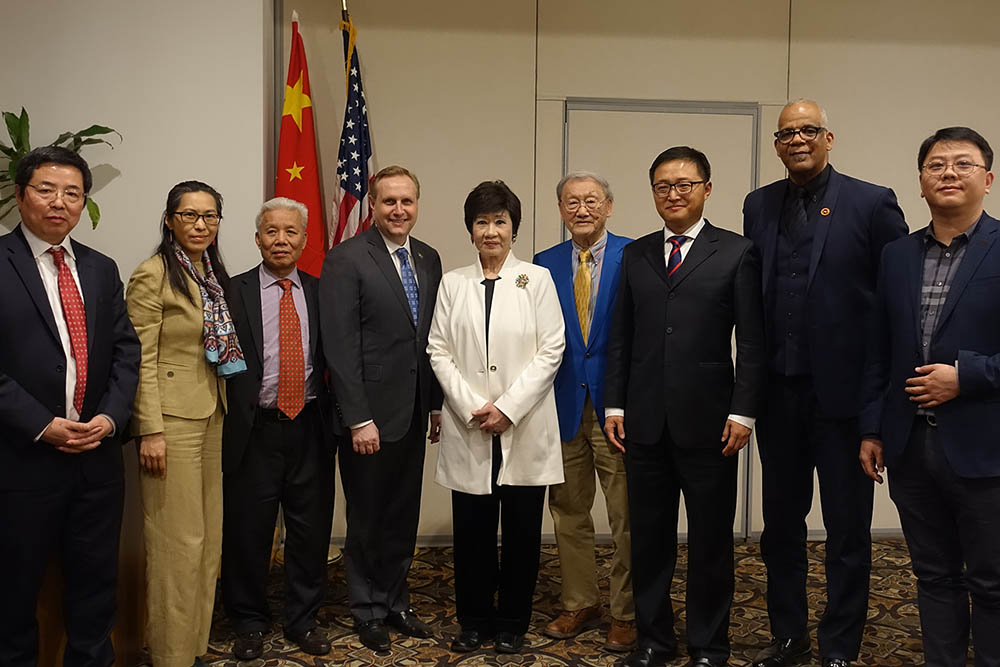