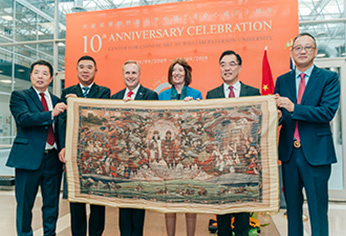 The ceremony was hosted by Dean Moore, who pointed out in his opening remarks, “The arts represent the soul of our collective humanity and as such, the Center for Chinese Art is a vital conduit to that sacred place, where the creative flame of that humanity burns brightly, introducing us to new ways of seeing and making art — while transcending all borders. We share this auspicious occasion with you, celebrating the many milestones of this unique and essential platform for the visual arts and cultural expression of China.”

President Helldobler warmly congratulated the 10th anniversary of the Center for Chinese Art and gave a heartfelt gratitude to Consul General Ping Huang for his first visit of William Paterson University, who was very pleased with the achievements of the art center. He stated, “When the Center for Chinese Art was first established at William Paterson University in 2009, the University took a leadership role in the State of New Jersey in the promotion and appreciation of Chinese art and culture. Over these ten years, under the guiding hand of Professor Zhiyuan Cong, the Center has matured and grown into an important resource for our students and faculty, and to society at large.” Every president of the university actively supported the strengthening of the culture and art exchange and educational cooperation between the U.S. and China. The establishment and development of Center for Chinese Art greatly enriched culture diversity in the university. The university will continue to support the center to host and organize various activities.”

Ambassador Huang delivered warm congratulations to the Center for Chinese Art at William Paterson University in his address, where he stated, “Since the establishment of the Center a decade ago, with great support from administration of the university and the community, the Center has successfully carried out various activities including Chinese art exhibitions and China-U.S. culture exchanges, which have greatly helped faculty, students and local community in understanding Chinese culture, building solid bridge that connected people in the two countries together. Although the China-US relationship is going through a trial of complex situations, but the humanities exchanges between the two countries have always maintained a vigorous development trend, there are many impressive stories sprang out in the fields of culture, education and tourism. He wished the center to cultivate more American students who will know and like China, and continue to contribute to the China-US friendship.

Madame Lam and Mr. Yen, on behalf of the honorary directors, delivered their speech: “When we stood here ten years ago to witness the establishment of the Center for Chinese Art at William Paterson University, we could not imagine that the Center would have gone so far and developed so advanced. But it has become true now under the leadership of Professor Zhiyuan Cong. We will continue to support the center and wish we could stand here to attend the 20th anniversary ceremony after another decade!”

Mr. Ding Zhipeng, honorary director of the Center for Chinese Art, and on behalf of Mr. Wing, Hakman, Mrs. Ching Yiu, Mr. Xilong Xu, Mrs. Yihong Zhao, and Mr. Shenzhan Ding from Shanghai William Chinese Art Foundation, expressed their congratulations of the 10th anniversary of CCART, and made their pledge of $250,000 to William Paterson University. He is happy to witness and be part of the growth of the Center, but moreover, he is proud of the many achievements that the Center accomplished!

Professor Cong, the director of the CCART, expressed his gratitude in his statement, “Looking back to the journey of the last decade, the word that comes to mind the most is appreciation. I would like to thank William Paterson University and the three presidents: Dr. Arnold Speert, Dr. Kathleen M. Waldron, and President Helldobler. Thank you to the administration team for the understanding, supporting and guidance you provided to the Center. Thank you to Madame Margaret Lam, Mr. David Yen, and all of our donors for the generous donations, great helps and participations. Thank you to all the outstanding Chinese artists who participated and completed our academic activities. Thank you to all faculties, students and community who actively participated and supported our events.

Professor Cong introduced the special catalog that was edited and published for the 10th anniversary. This catalog is titled " Transcending Boundaries: The 10th Anniversary Celebration of the Center for Chinese Art at William Paterson University" and is prefaced by all the three presidents. It introduces in detail about the events, exhibitions, artists visiting, overseas study program “Summer Art in China” and published books in the decade. This exquisite large catalog creates a complete profile of the center, which will help more people to learn, participate and support the CCART at William Patterson University.

Professor Cong read out congratulation letters and messages from China and America. Former President Dr. Arnold Speert was not able to attend the 10th anniversary ceremony but he sent a congratulatory message, “The Center for Chinese Art was established during my presidency at William Paterson University, and it was a distinct pleasure watching it grow to a well-implemented reality. Professor Zhiyuan Cong’s vision of creating a teaching and learning space that would marry ancient techniques with modern sensibilities has been realized, and I am honored to have been part of its inception.”Other congratulatory letters sent by Xiaoyang Yang, former president of the Chinese National Academy of Painting; Lyusheng Chen, former vice director of the National Museum of China; Daquan Dai, professor of Tsinghua University, associate dean of Printmaking Institute, the China National Academy of Painting; Guohong Chen, vice president of Yangzhou University. Dozens of units and individuals such as Yangzhou University, Guizhou Minzu University, Yinchuan China National Academy of Painting of the Printmaking International Creative Base, Jiangsu Grand Theatre, Jiangsu Printmaking Institute, Nantong Chinese Painting and Calligraphy Institute.

At the end of the celebration, Ms. Kristen Evangelista, Director of University Galleries introduced the Lines Crossing: The Contemporary Chinese Printmaking Exhibition, and then the guests visited the exhibition.

The Center for Chinese Art at William Paterson University (CCART) was established on September 9, 2009. It is the first nonprofit center for Chinese art in the Universities of the United States that aims to academically promote cultural and artistic exchanges between the two countries.

For more information about this event, please call the Center for Chinese at William Paterson University at (973) 720-2799 or email ccart@wpunj.edu. 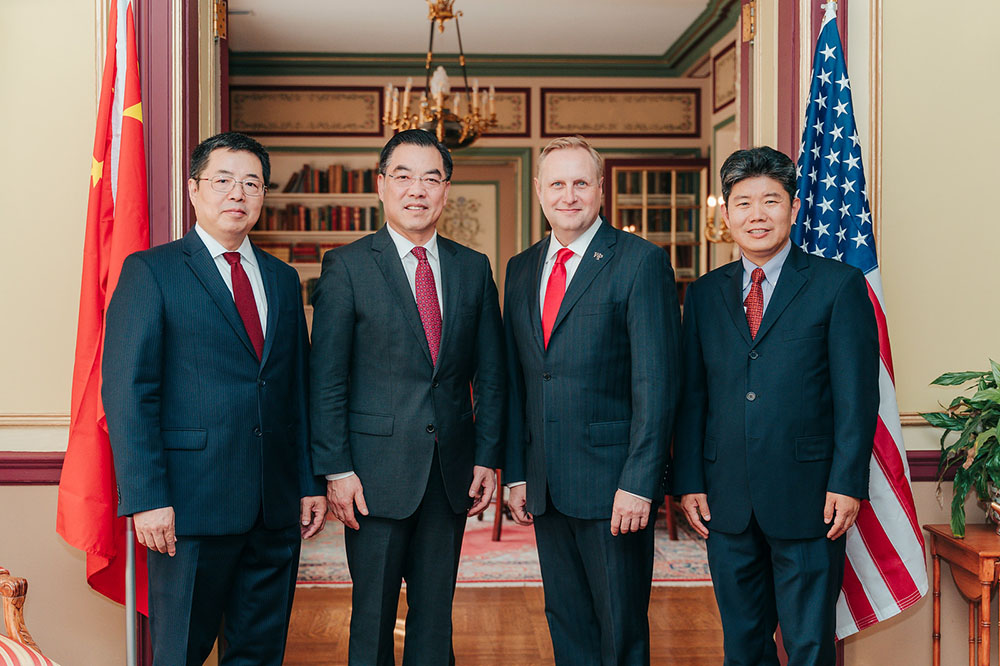 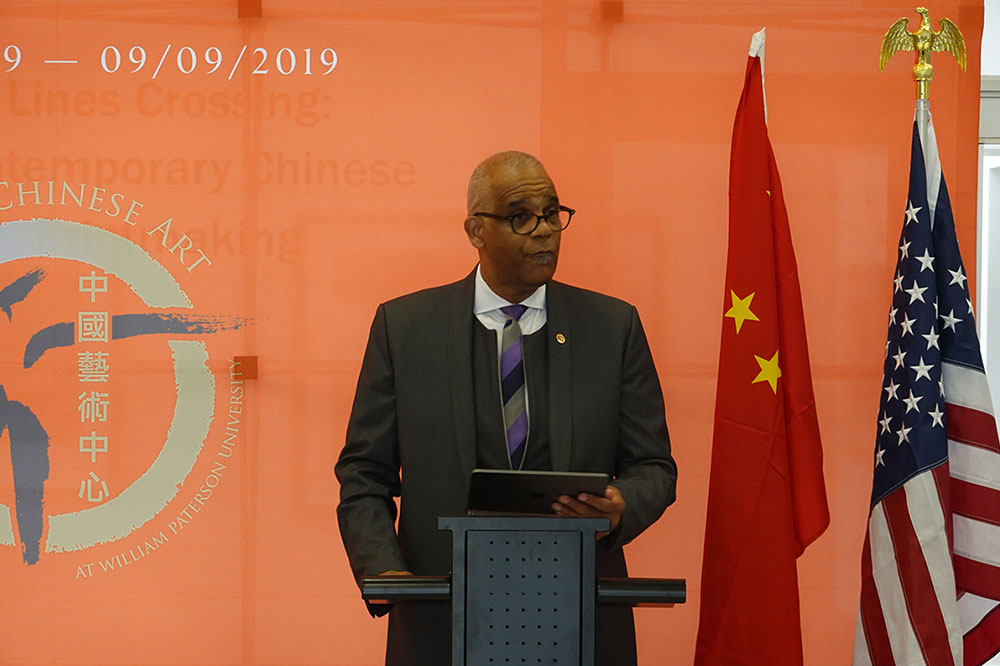 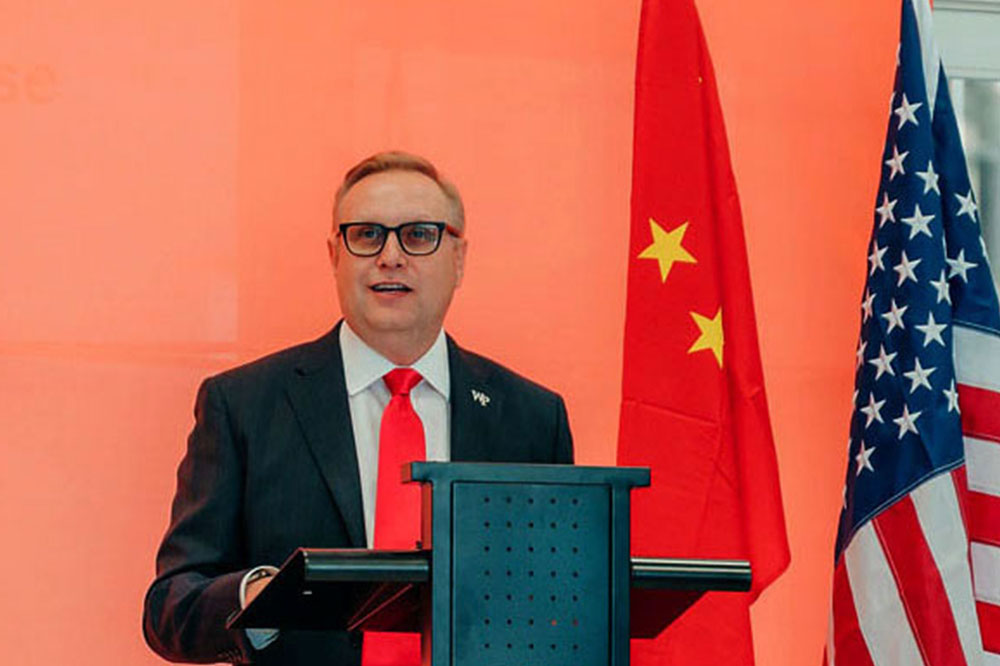 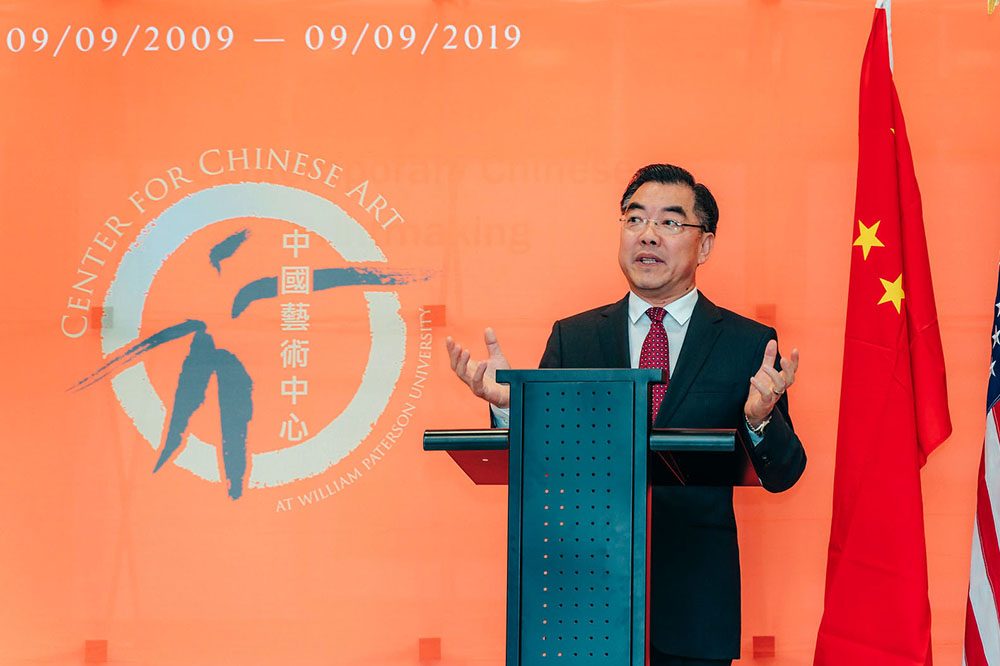 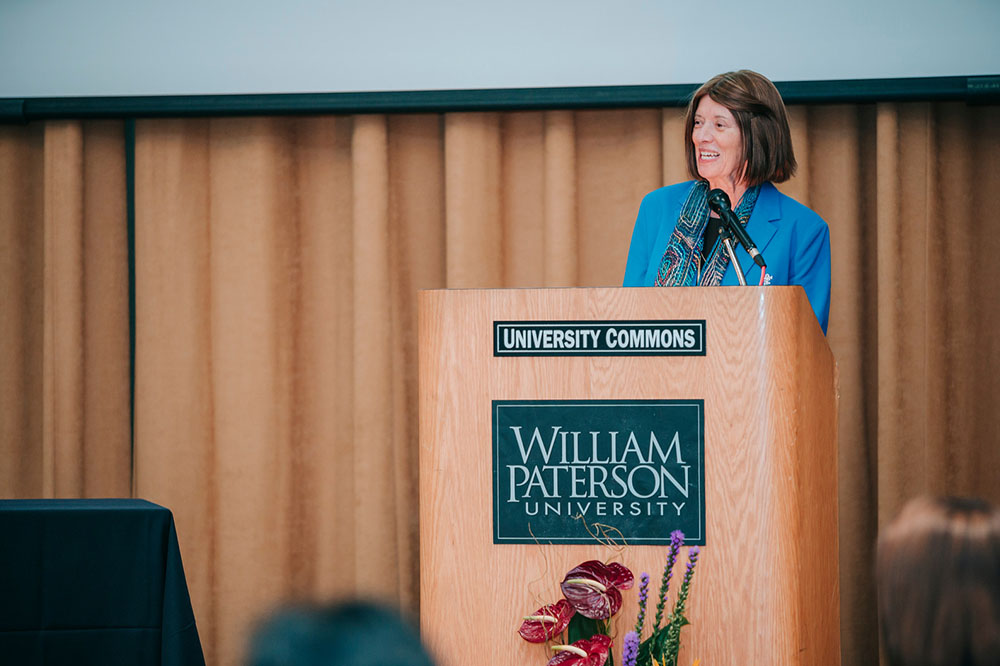 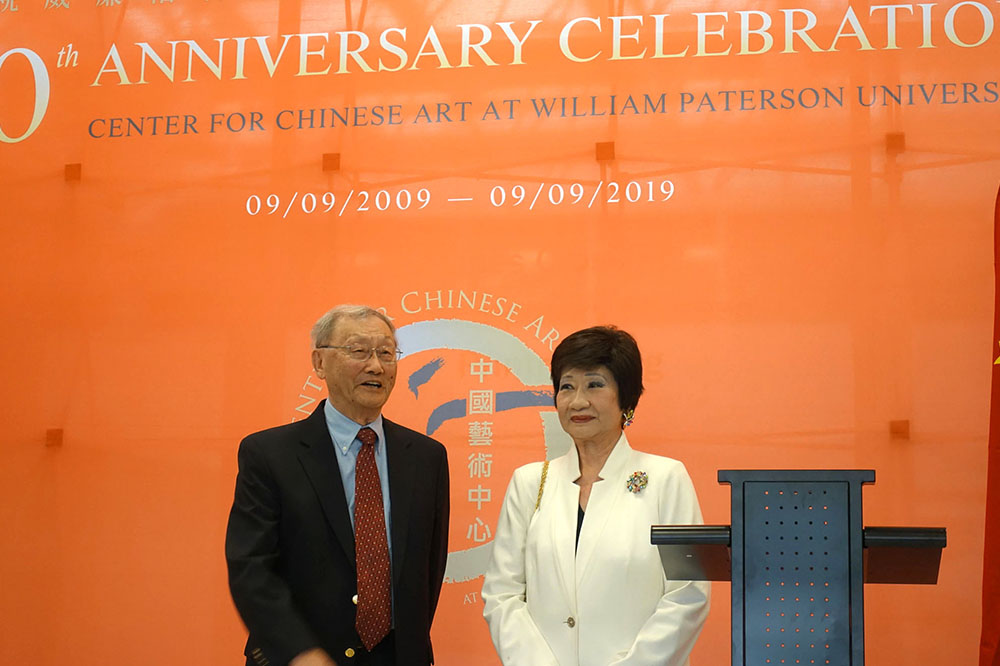 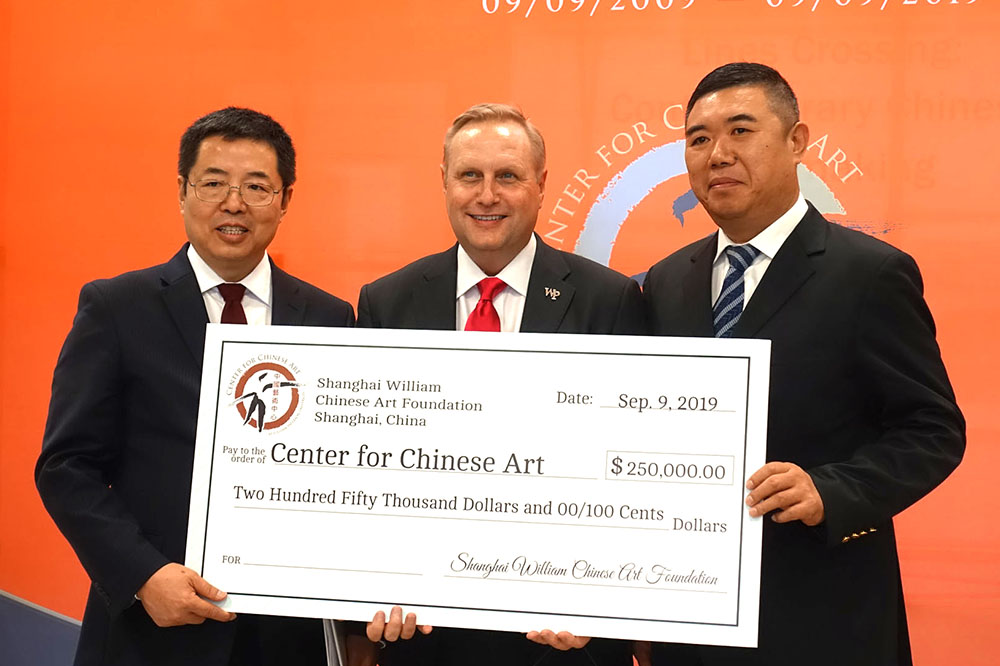 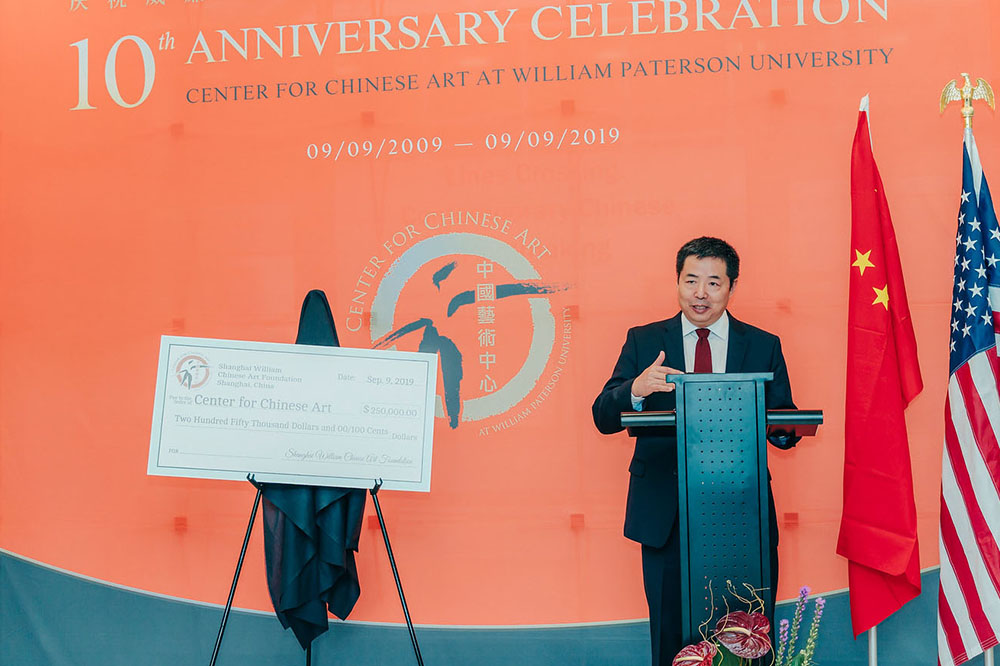 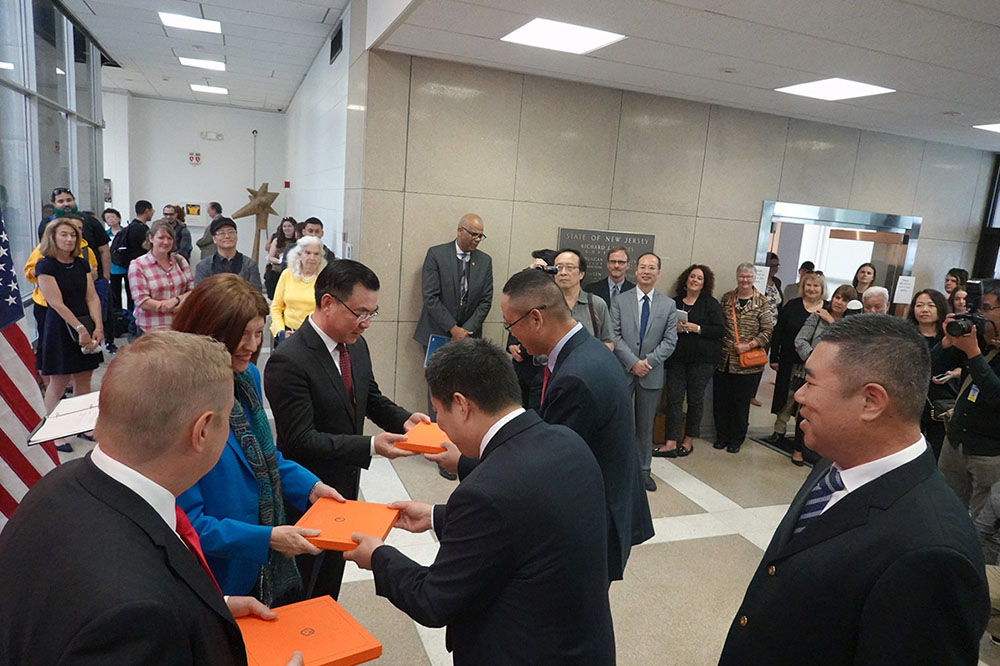 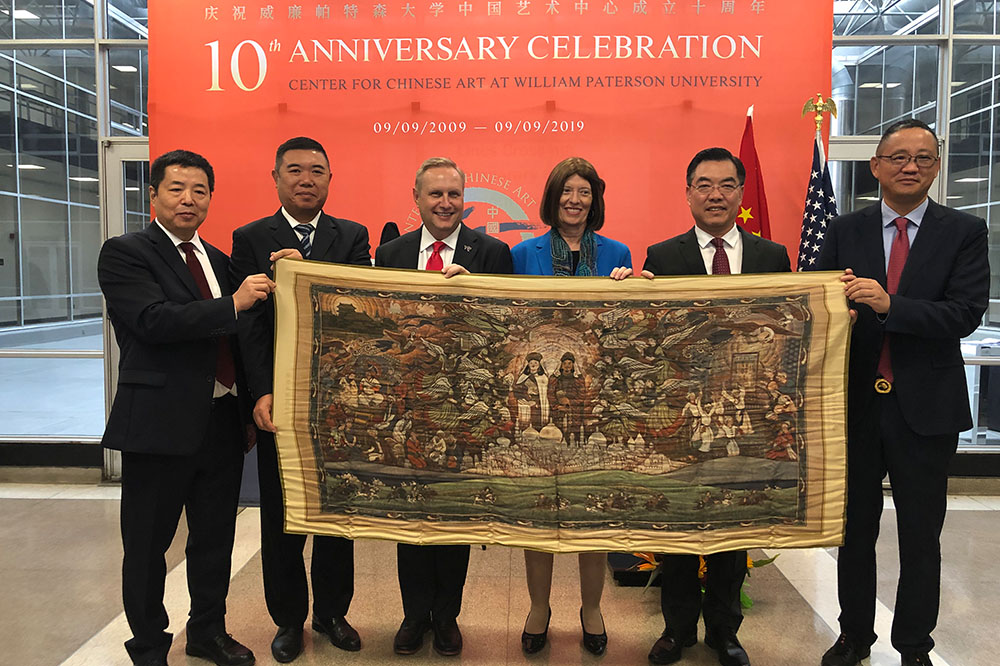 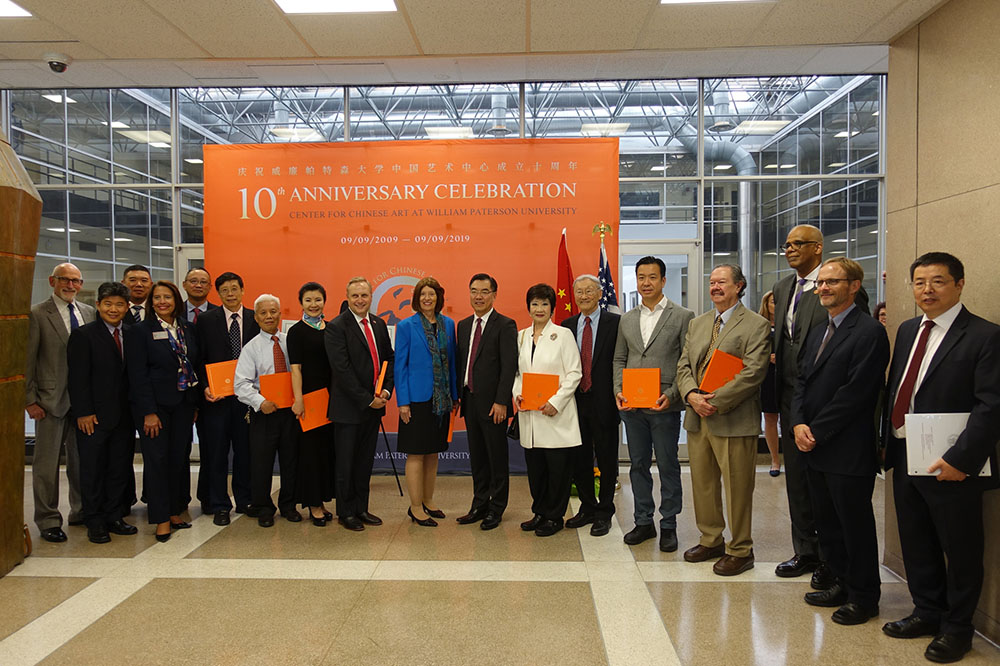 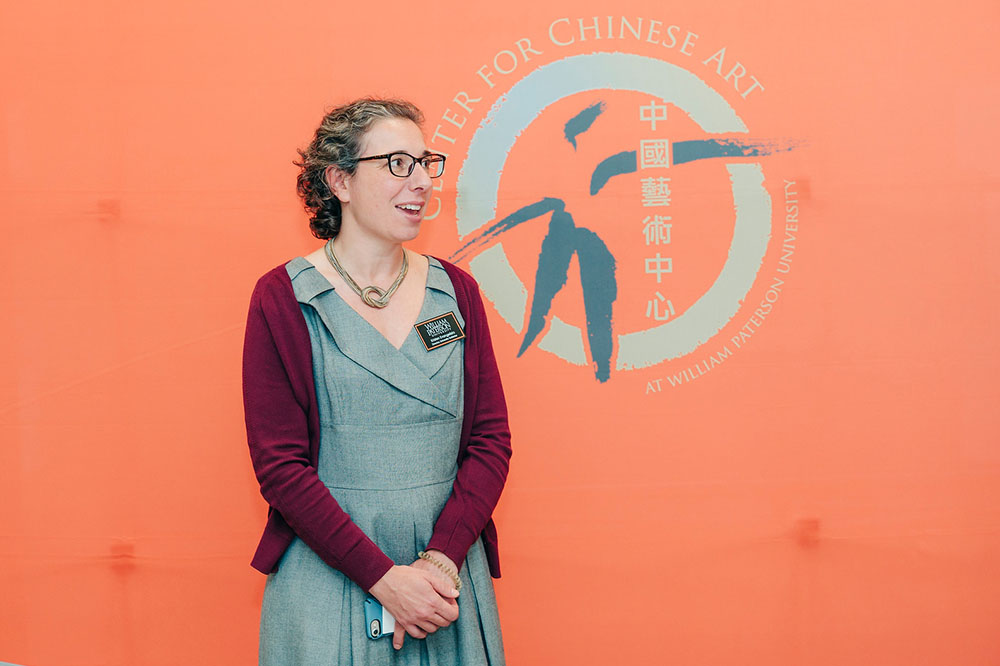 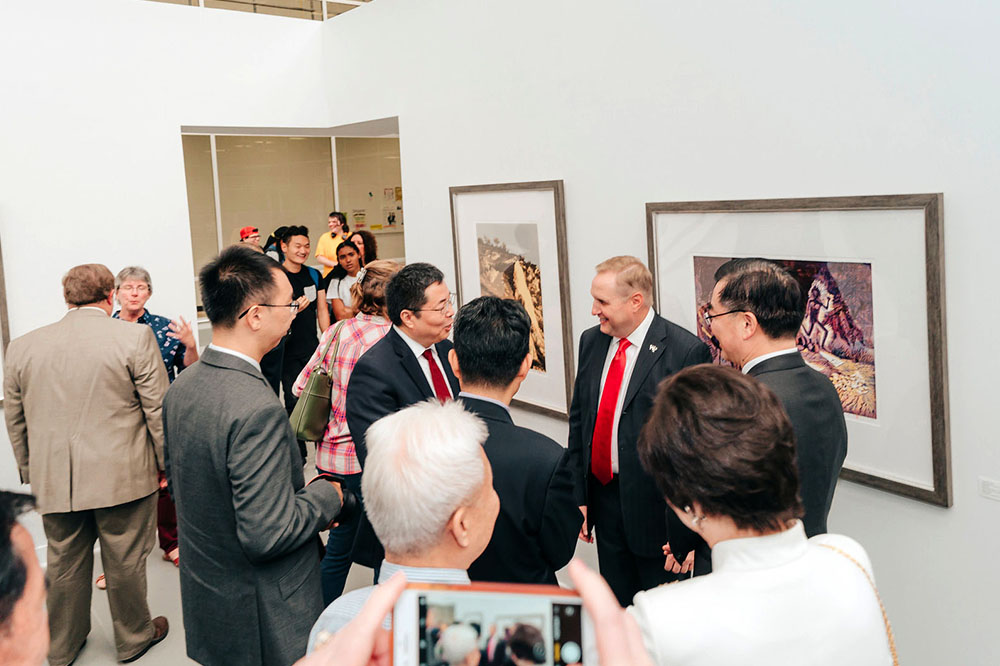 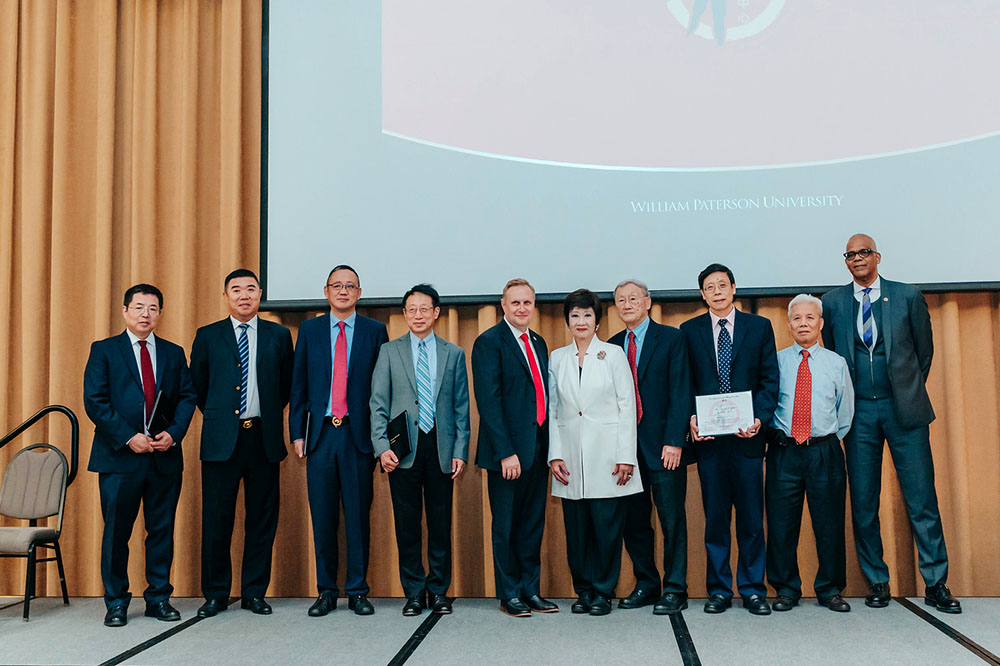